The first thing you must do to take over the world is have a plan.

I’m not talking about the kind of plan the villains always seem to come up with in movies.  You know the kind of plans I’m talking about: steal the world’s supply of gold or change the moon’s orbit or some other such ridiculous pseudo-scientific plot hatched by a crazed super-genius.  Because, of course, the crazed super-genius in that kind of movie always ends up being the stupidest person on the face of the planet by the end of the movie.

No, if I were going to take over the world, I would come up with a plan to deprive the general population of three things: coffee, alcohol, and pornography.  Think about that for a moment.

Without coffee, most of the adults I know would spend our time sitting around complaining about the fact that we have no coffee.  Oh, sure, we can get our caffeine jolt through tea or Mountain Dew or even an ice-cold Diet Coke.  But it’s not the same.  No Starbucks.  Not even the cheaper knock-off lattes and cappuccinos or “Premium” coffee from the neighborhood Speedway.

I’d have to turn my espresso machine into a flowerpot or something ghastly like that.

Without hot coffee, people wouldn’t make it to work in the morning.  We’d all just sit in traffic and scream at each other because we’re tired and headachy and all of those other drivers are just pissing us off . . . .

Then take away our alcohol and see what happens.  No more cold beer on a hot day.  No more wine with dinner. No more drinks with funny and suggestive names like Buttery Nipples . . . Blow Jobs . . . Orgasms.

That reminds me of an adventure back in the eighties when my friend and I discovered that there really was a drink called an orgasm.  We drank a couple of them at the bar, giggling and telling everyone within earshot what we were drinking, basically making giant asses of ourselves.  Later that night, my friend lost her quarter playing a second round of PacMan (hey, I said it was the eighties) and bellowed at the top of her very drunken lungs: “Damn it, I’ve been screwed once, eaten three times, and I’ve only had TWO orgasms!”

I never went back to that bar again.  Also kind of lost my passion for Pac Man, but I digress. 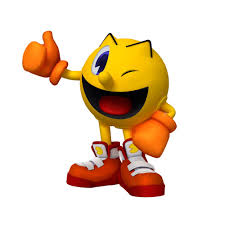 Without alcohol, how would we all calm down after our day without coffee? No more cheap bottles of $2.99 Boone’s Farm Snow Creek Berry for me!  And all of those pretentious wine snobs who talk about a wine’s “bouquet” or “legs” while sniffing and swishing the stuff around in their mouths?  What would they do with all of that sniffing and swishing expertise they’ve worked so hard to master?

So now we’re looking at a world full of grumpy, grouchy,sober people.  What are they going to do with themselves now? Because, to be delicate about it, they’re going to have to do it with themselves since nobody else will want them in their current condition.

And there you have it:  my plan for world domination.

Or maybe I just need a second cup of coffee this morning.

This post is part of Finish the Sentence Friday, in which writers and bloggers finish a sentence and “link up” their posts. This week’s sentence was “The first thing you must do to take over the world is…”

For information on Finish the Sentence Friday, Join our Facebook page!

28 thoughts on “My Plan For World Domination”