It’s been a busy week, typical of summer around here, when I worked too many hours and had a chance to see friends I haven’t seen in too long. I had fun picking blueberries with my little boy and making plans for blueberry waffles for supper tonight; I tried to figure out Instagram and even picked up a celebrity follower on Twitter. But the biggest part of my week was the part where I learned something really important about myself and the town I’ve adopted as my own.

As usual with me, there is a story.

A long time ago, back before my earliest memory, my grandfather bought an antique Estey pump organ at an auction. He paid to have it restored and then proceeded to die a few short years later, leaving the organ–along with most of his treasured antiques– to my mother. 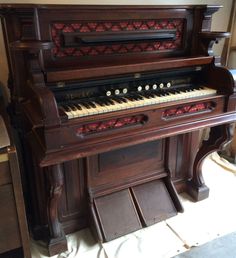 Mom hated that thing. It had to be babied, always displayed against an inside wall. It took up too much space in the tiny living room of our little house, but she couldn’t get rid of it. I remember watching her play it a few times, her entire body in motion as she worked both pedals with her feet while her fingers danced along the yellowed keys.

I was twenty-one when Mom died, and for some inexplicable reason she insisted to her dying day that I should be the one to inherit the organ. No one knows why she would do such a thing to me. I am tone deaf while both of my sisters posses at least a modicum of musical talent, but Mom really wanted that thing to go to the one daughter with no ability to ever get any enjoyment out of it.

I hate it almost as much as mom did. It spent most of my married life against an inside wall in our entryway, covered with an old sheet except at Christmas time, when it was the perfect place to display the Nativity set. I tried to play it for my kids a few times, pounding out painful versions of “Chopsticks” and “Heart and Soul” and counting it as a cardio workout because I got really winded working the pedals.

My ex-husband agreed to store it for me when we split because there is just no room for it in my tiny apartment. Last fall, he came up with the brilliant idea of donating it to the local historical society for display in our little museum. “After all,” he said, “your grandpa lived here for a long time, and your mom grew up here. The organ’s got a connection to this town, right?”

I was on board with the idea, but it took months to set things in motion. I had to fill out the proper paperwork to ensure that it will be regarded as a gift and not a long-term loan. I had to clear things with my family members to make sure no one else wanted it. And I had to make sure I was ready to let it go.

I thought I was ready.

In the process of donating that stupid old organ, I ended up joining the historical association. Since my Brides of Serenity series is set in this general area, I am having far too much fun learning about the original settlers and discovering the rich history of my adopted home town. And it’s been a true joy getting to meet people who say things like, “Oh, you’re Kay’s daughter? Let me tell you a story about her” or “I remember when your grandmother worked at the grocery store.”

Yesterday, my ex and his brother loaded up the old organ and brought it up to the museum. It needs a little work after all these years of neglect, but it’s going to be part of a “musical parlor display” at some point. There will be a card next to it with the names of my grandparents and Mom and even me.

Then we all shook hands and I took my paperwork in hand and everything was wonderful. Mission accomplished. Clutter cleared. Grandpa’s treasure deposited in the perfect place. And no emotional attachment whatsoever. No regrets. No sadness. Just a sense of relief, a weight off my shoulders now that I am no longer responsible for that stupid old organ.

And then, damn him, my ex spoke up just as we got into our separate cars to leave. “The organ’s home now, isn’t it?” he said. “I think your grandpa would be happy.”

Grandpa died just a few days before my sixth birthday. I really never gave a thought as to whether or not he would have cared what happened to the organ. I barely remember him as anything more than a small, darkly handsome man with sharp cheekbones and a pencil mustache. I remember learning the word “debonair” and knowing immediately that it was the perfect way to describe him. 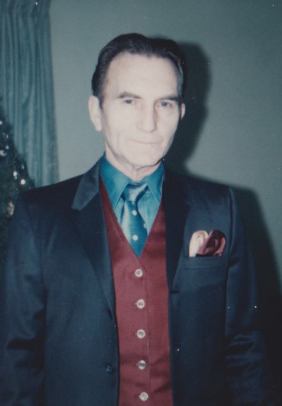 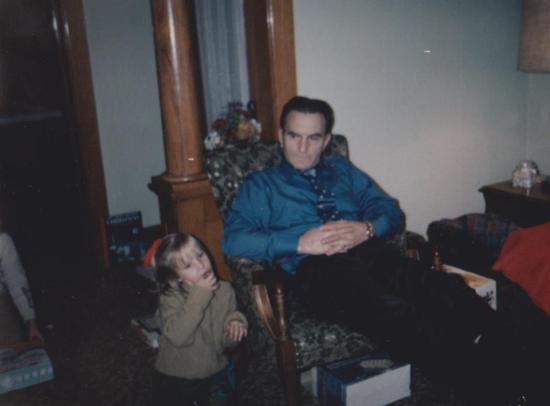 Grandma is a different story. I have more memories of her, but most of them aren’t pleasant. She moved to Arkansas not long after Grandpa died, and I only saw her a handful of times after that. She sent a Christmas box every year and came up for everyone else’s graduation but mine, and she did her best to pick fights with my father’s sisters at Mom’s funeral. Then she and her remaining daughters returned to Arkansas with most of Grandpa’s antiques that had been in Mom’s care for so long.

And Mom? Mom’s been gone from my life longer than she was in it. I miss her every single day.

I ended up in their town by sheer coincidence, and somehow I ended up staying here. I fit here. My oldest kids graduated from this school, the same one that their grandmother, great-uncle, and two great-aunts graduated from. My youngest will also finish school here. I know my neighbors and I even like most of them; we all know everyone’s business whether we want to or not. People here know me as Kay’s daughter, Guy and Marie’s granddaughter. But they also know me as the mother of the Princess, the Dark Prince, and the Little Guy.

While I like to believe that my donating the organ to the museum would have made Grandpa and Mom happy, it really doesn’t matter. It makes me happy; it gives me peace. I’ve finally accepted the fact that it doesn’t matter whether my life choices would have appeased those who are no more than memories in my life, because it is just that: my life.

My ex was right. The organ is home now, where it belongs, and so am I.