If we were having coffee this morning, it would have to be an iced coffee, with lots of milk and a splash of hazelnut. It’s a hot day already, with humidity at almost 100%, and I think we’d all be happier with something cold to drink.

I’ve been thinking about circles this week. Not just any circles, though. Those circles in some long-ago math class that I coasted through with a barely-passing grade, where the rings overlap and mark off a small segment of shared ground. I don’t remember what that little bit of shared ground is called, but I wonder if my old math teacher would be proud of the fact that I’m applying math to real life.

There’s been a lot of overlap in my life recently. Circles have been crisscrossing where I least expect it. Meandering lines have suddenly doubled back to form circles in surprising places.

Circle 1. At my first professional job as an adult back in the 1980’s, there was a very sweet lady named Donna who always looked out for me and helped me settle into the department. It turned out that she knew my father. Small world, right? That world got smaller yesterday, when I met her son, who turned out to be the pastor at my brother-in-law’s church.

Circle 2. At about the same time I was working with Donna, I started going to a big church in another town, where I became really active in a singles Bible study group. It ended badly for me in a way that really soured the taste of organized religion for me.

Oddly enough, one of the people from that group has ended up being a part of my life now, decades later and lots of miles away. She has quietly taught me more about forgiveness and compassion than I ever learned sitting on a pew anywhere.

Last week, another person from that church contacted me, more than twenty years since our last meeting. She said she had sampled one of my books and didn’t see God in it, and wanted to know what caused this. Her words were kind on the surface, but the unspoken judgement and implied recrimination hit me like a physical blow.

Circle 3. My ex-husband and I have been apart for more than two years, but we both laughed together on Wednesday when we realized that it was our twentieth wedding anniversary. Since our divorce isn’t actually final yet, we found a bit of humor in the fact that we can technically say we made it twenty years. He and I always shared the same peculiar sense of humor; even when things fell apart for us, that is the one thing we still have in common.

Circle 4. Most of my family is gone now, and I sometimes feel terribly alone. There just aren’t a lot of cousins or relatives in the area. I feel disconnected from the world somehow, like a hot-air balloon tethered to the earth by only a few strings, and those strings are being cut one by one. When I was married, the greatest gift my husband ever gave me was his family — brothers, cousins, aunts, uncles . . . all strings that helped tie me back to the earth. Connections.

Losing my marriage was like cutting all of those strings.

Those random circles all came together yesterday at a small memorial service on the shore of a little inland lake. A gentle breeze worked its way through the branches of the maple trees and tiny waves tickled the sandy shore as we gathered around the table that held flowers and a few small items. There were pictures of a tiny baby boy, born too early into a world that wasn’t ready for him.

I rode to the memorial with my ex-husband and stood with his family; they are my family, too, regardless of our divorce. His niece — our niece — was supported by a circle of those who love her, while Donna’s son, the pastor, officiated at the memorial for our first “great.”

God was there, too. In the words of the sermon, of course, and in the passages that were read from the Bible. But more than that, He was the one bit of shared ground, the one intersection of all those circles.

I can’t worship a God who thunders from a pulpit.

I believe that God is in the kindness and love shown in each of those circles. In Donna looking out for her younger co-worker while raising her son to be a spiritual leader. In my old church friend who teaches by example and not by judgement. In my ex and his family, who still accept me as one of them and hold onto those strings that connect me to this earth.

And yes, He was in little Logan during his few minutes of life in his mother’s arms, as hard as that is to believe through her grief.

So now it’s Sunday morning. Some folks are getting ready for church, and some of them may think less of me because I am sitting here chatting with friends over an iced coffee rather than heading out to a house of worship.

But for me, God isn’t just in a house of worship. He’s not in judgement and recrimination. He’s all around me in everything that we do, but most of all, he is in that little bit of shared ground, that place where all the circles of life intersect and bring us all together just when we need each other the most. 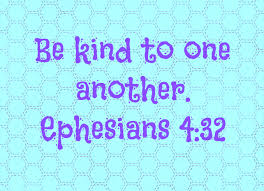